The murmur is that MS Dhoni’s real test of captaincy starts now, post T20 WC disaster and amidst public expectations, which never seem to lower. The four ODIs at West Indies seem nothing more than a full stop to a complete statement. The players have travelled from New Zealand, to South Africa, to England to the Caribbean islands and could long to be back with their near and dear ones. At the end of the day, they are 20-25yr olds, seeking similar pleasures as we do. At this stage, motivating them for an inconsequential series vs a team, determined to give something to their home fans, seems tough.

In that context, the T20 disaster, which otherwise blotted a good year, would serve as motivator. The common Indian has a fickle mind. So, if India were to win this series comprehensively, all will be forgiven and the achievement would be celebrated as India’s second ODI series win at WI (Sourav’s team broke the jinx in 2002, winning 2-1). Stats reflect that Dhoni’s success rate is far superior to any Indian captain within similar time periods. His ODI success rate is 65%; the last 16months, its been as high as 75%; and in the last 18 games, India has won 15 and lost just three matches – all dead, inconsequential, rubbers.

That’s extremely impressive and probably a pointer than MSD has passed sterner tests before. The intangible beauty of this stat is that Dhoni has lead to victories with any number of rookies given to him. Thanks to IPL and Dhoni’s ‘mixer-grinder’, India now has a talent pool of 25+ players to choose from, and even debutants / greenhorns take the field as fish on water. Hence, Indians, all over the world won’t take excuses of injured players and instead, splash water over eyes to stay awake and, demand for victories. (for Indians in Singapore, the match timings are a call centre guy’s night shift – 1030pm to 630am). 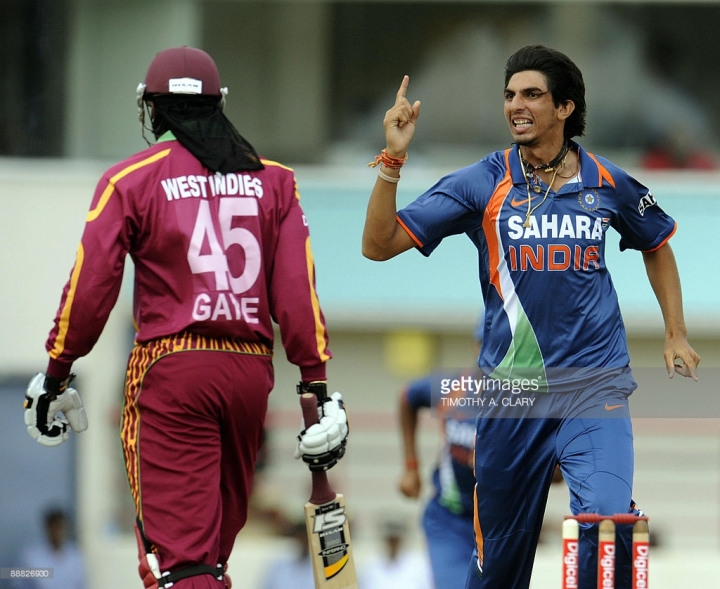 MS Dhoni will have some team selection headaches, and knowing him, will go for tried and tested formulae – regular openers, five bowlers, ODI experienced guys etc. Gambhir would open with M Vijay and Dhoni may come one down to prove a point (there were reports that he wished to play solely as a batsman in T20 WC, denied by selectors), followed by Yuvraj, Rohit and Yusuf. The bowlers would be Harbhajan, Ravindra Jadeja (with a chance to redeem himself), Ishant Sharma, RP Singh and the comeback man Ashish Nehra.

Personally I would like to play Praveen Kumar in place of Ishant, who seems to be declining with time, and more importantly open the batting with Yusuf. Its time we gave the elder Pathan a platform to upgrade himself from a quick 30s Jack to a regular 50s man, take advantage of powerplay overs and being a right hander, should compliment Gambhir. If my wish is granted, Rohit should be the one down batsman to hold the innings and Dhoni should bat lower down to finish the death overs.

Lendl Simmons omission from the WI camp is surprising, but in Gayle Bravo and a few Indian names – Ramnaresh, Shivnaraine, there are enough match winners. There’s little to choose between the teams, considering India’s injuries and WI home turf. Hence, the biggest decider in this series would be the fielding and that’s one aspect where the opponents are a yard or two slower than the Indians. I fancy India would be back to winning ways and take a 2-0 lead by this Sunday. If that doesn’t happen, it would mean that someone from the opposition played an extraordinary innings.