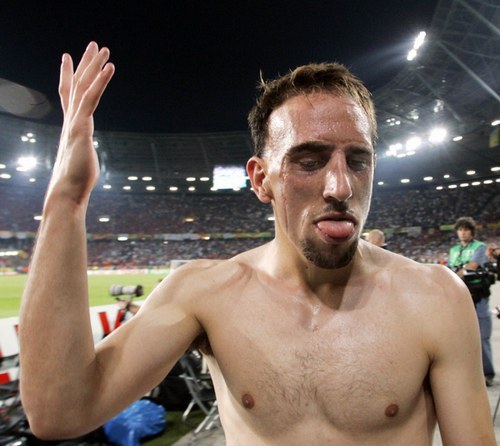 A peek at rest of Europe…

Flashback: if you missed Benzema’s hattrick goal vs Auxerre midweek, rush to YT… you may just exclaim “Bend it like Benzem-Aaaaah!”

More on Ron: FIFA official Claus Bo Larsen has labelled Cristiano Ronaldo as the most annoying player he has ever refereed. The Dane was in charge of Los Blancos’ win over Milan in the Champions League and he revealed that CR7 is always out to win a cheap freekick, especially when playing at home.

Benitez sack watch: Inter are currently fifth and most likely will slip further down after this weekend’s games. But Benitez will survive the sack – coz Inter don’t play this weekend … Hee hee!

Keep rolling: Never mind the 2-0 loss to Ajax in a dead rubber CL match, AC Milan are indeed on a roll. The Serie A league leaders will look to extend their six-match unbeaten run at Bologna. With Lazio playing against fellow Scudetto challengers Juventus, the Rossoneri will have the chance to further stretch their advantage. Milan have an encouraging away record too, winning four of the seven games on the road, conceding just seven goals in the process. The former Italian and European champions have not failed to score in their last 11 domestic competitive fixtures and have the league’s joint best defensive record.

Riberman: Will Ribery’s return help rescue Bayern domestically? Yes, atleast this week as they have divine intervention at St Pauli!!!