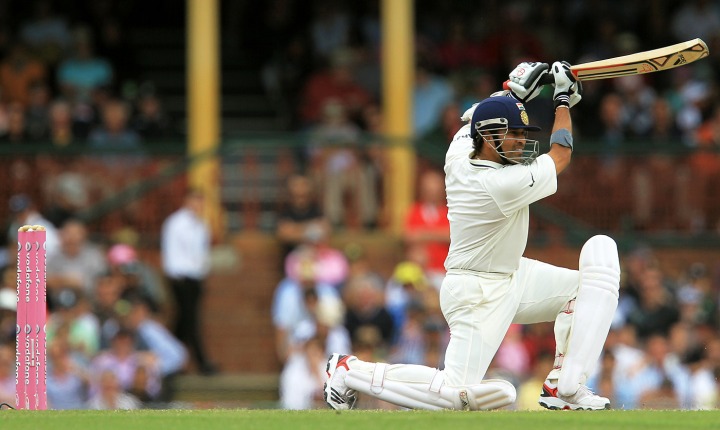 Indian fans have started raising hopes after they saw their batsmen hit 400 at Sydney. A total reached with some amount of labour, with four batsmen crossing 60 (Ashwin being second highest scorer for India in series, so far, should be considered a batsman!) and three more reaching double figures. This was the first time in 22 overseas innings that India managed this score – yes not even at West Indies could the team manage 400.

The last time Indian fans saw 400 on the scoreboard in an away test, was in a match which now looks a photocopy of the just concluded Sydney test. At Centurion, in mid Dec 2010, India were first bundled out for 136. Then South Africa made a rudderless attack (including a debutant Unadkat) chase the ball till they themselves got tired of scoring and declared at 620/4. India replied with a strong 459 – VVS failed, Sachin was top scorer, Gambhir scored and Dravid had a strike of 39% there too! So so similar.

While the scorecards of both tests look similar, there are some major differences. India had barely landed in South Africa and had to face a fresh Centurion day one wicket. That 136 first innings score looked an aberration the moment we hit back with 459. The second innings was played at an aggressive rate – at one point India were 449/6 hitting at nearly four runs per over – the match was the tourist’s first on tour, India seemed to be finding their feet and sizing up the opposition bowling quickly.

At Sydney, it’s been the opposite. India have played and struggled the past one month at Australia. None of the batsmen, even in that 400, could match Ponting, Clarke or Hussey’s SCG strike rate. The score has been a lot boosted by Ashwin and Zaheer’s “nothing to lose in the world” heave-ho’s. The score at 286/7 was lot closer to reality, the 400 is a complete aberration.
Once Australia got the massive lead, their intensity in the field, expectedly reduced; staying away from injury became the priority – well aware of the knowledge that they didn’t have like for like replacements in the bench. The Indian batsmen had little to lose (apart from personal averages), hence that level of pressure was missing. Batting on a last day track, with 50% chance of losing and 50% chance of saving a test is one thing, and batting with two and half days and 450 runs behind with 99% chance of losing is yet another thing.
This is where selectors and statisticians should give more weightage to runs made in pressure situations than ones made in other situations. A typical example was Tendulkar’s average in the Pataudi trophy in England 2011. Sachin finished the series with average of 34.12, and that looked far better than what actually it was.
India had realistic chances of saving Lords test, Sachin scored 34 and 12 in that game. In the first innings of the three subsequent tests he made 16, 1 and 23. In the second innings of those tests, he scored 56, 40 and 91 – all games where India were thrashed so bad that none of them had even remote chance of saving the game. Even if the team had scored 400 runs in each of those innings, there was plenty of time to lose the game easily.
Hence for Sachin, it totals to 86 runs off 5 innings where India were under pressure to make something out of the match – that’s an average of 17.1 and gives a realistic picture of India’s batting woes at England. In those same five innings, Dravid had scored 103*, 36, 117, 22 and 146*. That takes his average in high pressure situations to 141, far higher than the series average of 76.
Coming back to Sydney 2012, all these exaggerated scores by Gambhir (83) Laxman (66) and Ashwin (62) made in second innings should be completely discounted, and the team for Perth be selected based on performances of players in high pressure situations. Read: Drop at least a couple of them, if not more!

Ashwin addressing the press at end of second day and saying he was happy with his bowling is something we need to take seriously – coming from someone who had zero in his name in the wickets column. Sane fans couldn’t comprehend his happiness.

The only positive India got from Sydney, in a match where the visitors couldn’t dominate a single session, was to read that James Pattison was ruled out for rest of the series. Balanced fans have resigned to another brownwash, majority are only pleading to the Indian team that atleast they show some fight, spunk and pride and dominate atleast two to three sessions of the coming tests.

That is the least Team India owes to a billion plus supporters who are sacrificing their sleep for their most loved team.