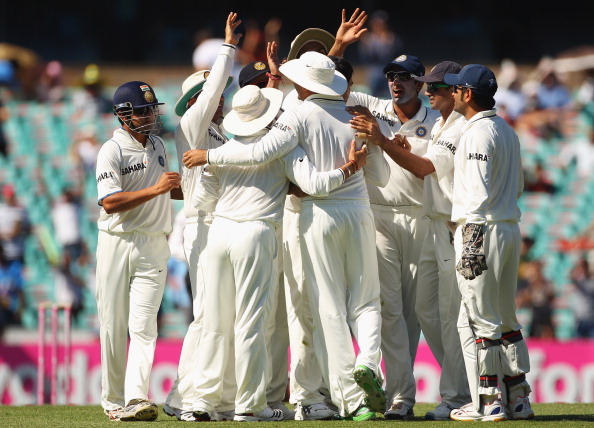 Indian Test cricket: Does the board care anymore?

Minneapolis is freezing around this time. A cozy sleep, under a super thick quilt, with a heater on, becomes the only mandatory physical requirement. Not for Subrata Roy, though. A devoted fan of the “Men in Blue”, he was on a different mission tonight, despite not having purchased any live streaming feed.

He called his family, half-way across the globe, in Chennai. He instructed them to switch on their TV, then switch on the chat software on the laptop and then position the webcam right in front of the TV. With the link established, Subrata spent the next eight overnight hours watching the game on his laptop.

By the time this avid follower switched himself off the Dharamshala encounter, the realization (and the sun!) dawned that apart from making three devices waste electricity, he had spoiled his weekend sleep. And peace of mind. It wasn’t so much about the loss to England in an inconsequential ODI but about why the team seems to be regressing every passing day.

Subrata’s sole objective of tracking this game (and series) was to observe who in the Indian ODI XI could establish himself as a major force in the Test team. Far from being alone, Subrata is in a majority – standing tall amongst people like you and me who have grown up worshiping the longer version of the game. To us, while multiple formats of the game must exist, the ultimate objective is to become the numero uno Test team.

Not without reason. An ODI World Cup win is essentially achieved over two months of cricket, but being the best Test team requires atleast three years of steady performances – battling draws in overseas conditions, sleepless nights wondering if it will rain next day, dramatic chases, surviving wicked pitches, negotiating inspired spells, patient long vigils awaiting the next wicket to fall, and much more.

Yet, what we saw over the past one month of ODIs/T20s gave us little reason to be hopeful. Rahane was bowled through wide bat-pad gaps twice; Rohit and Virat showed no consistency against a moderately swinging ball; Gambhir was poor; Shami Ahmed and Dinda looked like flat wicket-to-wicket bowlers and Ashwin had the worst economy rates among Indian bowlers in most games.

Is Jadeja ready for Test cricket?

At the end of the series, there was talk of Bhuvaneshwar Kumar, Ravindra Jadeja and Suresh Raina’s prospects in the Test team. Frankly, as all-conditions test players, none of these names excite.

It’s fair to say that most of the Indian players are regressing in ability and consistency. Gone are the days when Kumble would bowl for months and come back with a better disguised googly; or Sourav would return from a bad slump of form with better onside play; or Laxman work to curb his tendency of flashing outside off stump early in his innings.

This is not to say that the players aren’t practising hard, nor that they aren’t adding skill sets. We see more manufactured shots, faster strike rates, slower balls from the back of the hand, slower bouncers, bowling just inside the wide mark and better fielding skills – essentially everything which has greater value in the T20 format than the Test match format.

In a Test match scenario, none of these skills will be called into action, and the skills that are required are not being developed. That’s why you see Ashwin or Bhajji bowling the same balls in a T20 game, in a ODI and in a Test. Those deliveries give away an impressive six-an-over in a T20 game, a mediocre six-an-over in an ODI game, and poor wicket-less spells in a Test match.

While the meaningless ODI series against Pakistan and England were on, the Ranji trophy semis and finals were taking place simultaneously. Sadly, the country’s premier domestic competition didn’t feature some of the best players. Saurashtra played the finals without Pujara (benched for India) and Jadeja, and, as expected, were left producing an abject display. The Ranji trophy is now reduced to a platform for IPL talent hunt, and that is as sad as it can be.

The strength of the national Test team comes from the level and intensity of competition at the first-class level. Between 1960-1998, in 39 years, only 14 different teams featured in the Ranji finals. However, in the last 15 years, 12 different teams have made it to the title round match. Needless to say, the national team had their best Test decade between 2001 to 2010.

Take another stat: Between 1977 to 1998, traditional powerhouse Delhi featured in 12 finals; yet in the last 15 years, the team from the capital made it to the podium round only once, standing atop in 2008 despite the fact that in the last decade, Delhi has had several top notch international stars in its armory. Hence the possible reason why such a strong team couldn’t make it to 14 other finals also lies in the strength of opposition, who consistently challenged a top team.

Yet today, the board cannot accommodate a month when top players are allowed to play Ranji Trophy, free from any national commitments. Even the players aren’t getting much time to work alone on their game and, at most times, end up looking like uninspiring robots out to complete routine chores, and hoping for luck, a good toss, or an odd exceptional performance to win games.

Despite ongoing international cricket matches, every bit of news hitting us over the last month was related to promoting the upcoming IPL – from dodgy ICC rankings to high profile coaches being hired by franchises! And you wonder why franchises would opt for such a costly option in such a rapid playing format for a two month long format! All we can say is “Have fun John Wright, Darren Lehmann, Paddy Upton and rest of your ilk”!

It’s certain that even when the most anticipated India-Australia series commences, we will continue hearing even more about the IPL, the players, their reserve prices, the teams and their owners’ antics! The national team players will naturally be excited and be raring for the event. I don’t blame them; if I were to get my annual salary in a month long event, I would have raised hell to ensure I was at my best for the extravaganza.

It’s obvious that the board’s blue print of our unofficial national sport has everything but Test cricket as its priority.