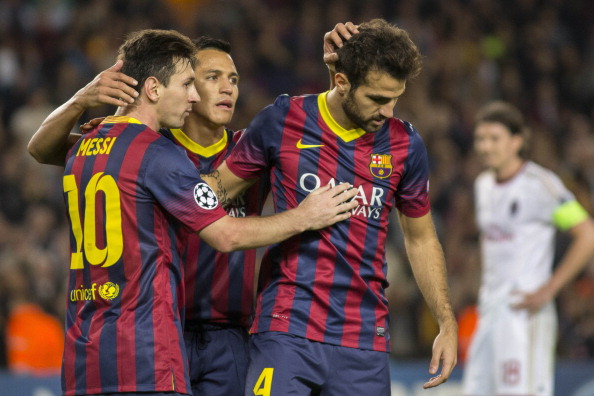 Staying at Singapore, following my favourite sporting competition does test my levels of passion. I need to forcefully sleep at 11pm (early by footie fans standards), wake at 3:45am, watch the games, attempt sleep at 5:45am and then get up for
office. I call it my ‘meditation time’ and it’s worth it even for the group stages.

– Lionel Messi saves his career by scoring two goals vs AC Milan!! Not having scored for just four games got experts talking about his fitness, form and that he was getting beyond his best!!! Some pressure this guy deals with.

– All four English Premier League teams are cruising to next round (R16) with Arsenal gunning down GOD (Group of Death). Beating Marseille away, Borussia Dortmund away and Napoli at home are results any team would be proud of.

– Spanish coach Pep Guardiola’s Bayern Munich are the only convincing Bundesliga team as last year’s Champions league finalist Borussia Dortmund have a good chance of getting knocked out.

– Spanish coach Rafael Benitez’s Napoli are the only convincing Serie A team so far as last year’s Serie A winner Juventus have a good chance of getting knocked out.

– But things change in Champions league fast. Remember Chelsea down and out vs Napoli (1-3 after first leg) in 2012…they won the trophy that year!

– Atletico Madrid sold out Rademel Falcao to AS Monaco and yet, as with most Spanish league teams, have enough depth to upset a big team this Champions league. Look out for coach Diego Simeone’s boys and Spanish striker Diego Costa. Costa had a penalty saved and just one goal on an easy night, but his greatness lies elsewhere – 7 chances he got, 7 times he tested the keeper. No shots off target.

– Can’t wait for last week of November for my next round of midweek meditation.