Barcelona play Juventus this Saturday (June 6) in summit clash of Europe’s elite competition – the UEFA Champions league. Along with contrasting styles of play amongst the two heavyweight clubs and superstar players, there will also be a massive showcase of the best football hairstyles. Here’s ranking the 5 best hairstyles which will be on display at Berlin:

Disclaimer: Let us hope none of them visit the salon in the interim!
5. Andrea Pirlo:

The beard and flowing mane give the Jesus Christ look and feel. Or one may say the 80s rock lead singer looks. He was all relaxed on day of the World cup final 2006, expect the same from him come Saturday.
4. Dani Alves: 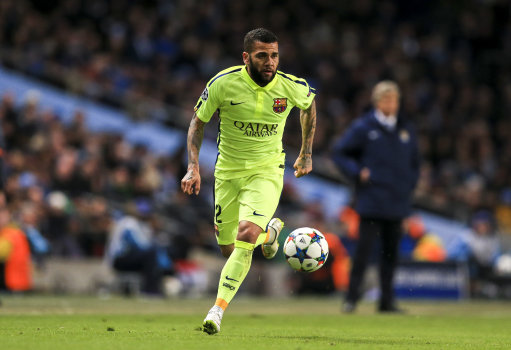 Probably the most flexible hairstyle on show. Can be spiked up when needed, swept over or pushed forward. It’s faux hawk and the hawk in him has scored the last three goals for Barcelona on this competition. Look out for more.
2. Arturo Vidal:

The bold designer Mohawk lines on both sides is a far-far upgrade to what David Beckham popularized a decade ago. Absolute eye stealing design and goes fancy with the sea of tattoos all over his body.
1. Paul Pogba:

The hottest transfer target this summer had to feature as numero uno in hairstyles on display at Berlin. It’s got colours, styles, gives him extra height looks, ultra designed and fashionable to the extreme.
The list makes 3-2 to Juventus on the best hairstyles front. The goals scoreline may be quite the opposite! Awaiting Saturday June 6th with bated breath.