Skip to content
Disney’s Zootopia is smashing opening weekend records and not without reason. Ever since the trailers with sloths at DMV counters came out, audiences have awaited this movie. The beauty of the scene is despite several viewings in trailers, the crowd were in splits during the movie. 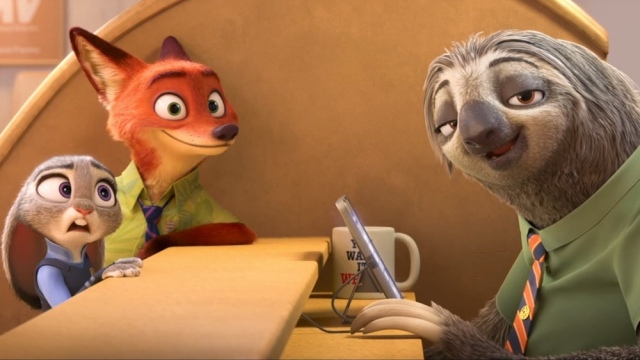 But Zootopia – a city inhabited by ‘peaceful’ animals where no one eats the other (and I presume carnivores are go-green too) – is more than just another comedy. It’s has brilliant attention to detail (you won’t forget the purple eyeballs), high on emotions (between the leads), possibly first animation detective flick and sends all right messages.
Here’s five messages it sends, rather reasons to watch.

1. Dare to dream : A cute female bunny from the village dreams of being a cop at the Zootopia city. The message is clear; if you don’t try the impossible, you don’t even know if it’s actually impossible. So rather than remain a loser all your life, dare to dream, dare to be different. Only that will make difference to the world.

2. Never give up : On being inducted into the academy, Judy Hopps (our bunny protagonist) is given the role she least dreamt of – issuing parking tickets. But she doesn’t give up. Instead of 100 tickets a day, she aims for 200 by noon. You need to be in the system, to change the system, and inspire others.
3. Never typecast or generalize : Something we often do when we meet a person of a particular nationality, community, skin or faith. But Zootopia shows a tiger dreaming to be a dancing model alongside the gazelle superstar singer. The cunning crook fox becomes the most dependable friend, despite noticing a ‘fox repellent’ spray. The mayor lion traps animals but for general good of the city. And the ones causing all mayhem – the sheep!

4. Be Good : When Judy Hopps saves a high flying arctic shrew shopper from getting hurt, little did she know, that was the daughter of Mr Big (delicious take on Don Corleone). An act which would pay back later.

5. A peaceful world is possible : If animals can think of living together curbing predatory instincts, it’s easier for humans to stop hatred. There’s a press conference where Judy Hopps says the predators savagery is due to legacy and biological requirements. It hurts all the predators to hear that. I too get hurt every time I hear humans kill humans. Hope everyone does. We need to leave a better world for our kids.

Rating : 4.25/5
There are no major Bollywood releases next weekend, so invest that money traveling to Zootopia for a strong weekend family laughathon.

8 thoughts on “Zootopia is a city you want to live in!”