There are three teams who have given tremendous unexpected joy to their supporters in the season’s most crucial April – May months: Real Madrid, Atletico Madrid and Liverpool. None of their worshippers expected their teams to be playing an European cup final two months ago. But the beauty of football is such that Sevilla now have made a routine third consecutive appearance in Europa Cup finals and Liverpool’s new rockstar manager Jurgen Klopp may bring home Europe in his debut season, so far known more for his celebratory skills at Liverpool, than any strategic overhaul.

There is more significance to this particular final as winning this is the only route for these sides to qualify for next seasons Champions League main draw.

Sevilla finished a disappointing 7th, while Liverpool, further one place down, in their respective domestic league races. Tonight will be resurrection for one set of dejected fans. Liverpool have never lost a final vs Spanish opposition while Sevilla have virtually made Europa League their own, winning four times, in four finals over the last decade. Last two seasons they beat Dnipro and Benfica, but Liverpool, with three UEFA titles to their name, possess the toughest finalist pedigree that Sevilla would be facing.

I did average of top betting sites and this is what the markets say.

Kevin Gamiero to score or assist: 15%

Despite it being a final, the basic fact that both teams scored bucket full of goals coming into the final, makes for a high scoring thriller. Liverpool scored 12 in their four knockout games, while Sevilla scored 14. Fan support at Basel is likely to be favouring Liverpool more. My close Barcelona based friend, Nestor, just messaged me that the city is brimming with Liverpool fans.  More than 60% support from the stands will be for the team in reds.

Captain Jordan Henderson got some match time this weekend and his return is a key factor for stability in Liverpool’s midfield.

Sevilla have key personnel missing in Marco Andreolli, Michael Krohn-Dehli and Jose Antonio Reyes (may come off bench) and this sways the tie in Liverpool’s favour as indicated by betting markets.

The odds won’t swing either ways when line-ups are announced, barring any last-minute injury. 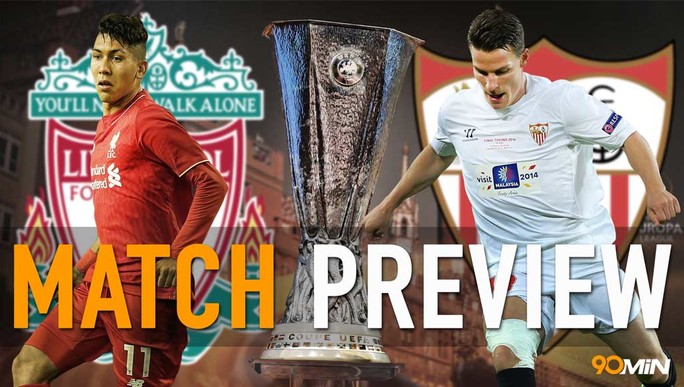 Liverpool’s domestic form has dipped somewhat with just one win from last five Premier League outings; however they have been unbeaten in last four games. Their Europa League form remains solid with just one loss (vs Villarreal) in 14 games. Liverpool have never scored more than one goal away from Anfield in the Europa League this season.

Sevilla have lost 7 of their last 9 La Liga games and have been slumping in that table since past one month. However there has been more than 2 goals in 13 of Sevilla’s last 16 games Europa games, Sevilla have scored atleast two goals in the same games.  Both teams are meeting each other first time in Europe competitions and while Sevilla has the pedigree to turning the odds and shaping Europa League wins, Liverpool are clearly on the rise under Jurgen Klopp.

Both teams to score, edge of the seat thriller, Sevilla to brush aside late poor from and stand to the occasion. 2-2 and Liverpool to in win Extra time/Penalties. Neutrals must watch, Europa League finals have always been more entertaining and goals galore.