First things first, American nu metal band Korn’s, new album ‘The serenity of suffering’ is set to hit the shelves less than two months from now; 21 Oct 2016, to be precise. The past decade, Jonathan Davis and co, on an average, release an album every three years. By that calculation an album was due, since their 2013 release -The paradigm shift. Their latest offering, ‘The serenity of suffering’ also features guest vocals from Slipknot’s Corey Taylor.

The song is about a person continuously being in the same situation which he/she hates to be – could be staying in a broken relationship, in a much hated job, disliked team or any state of abuse. You guess. It speaks of years and years that takes a person to claw out of a bad situation and till then, needs to rot in vain!

The number is hard, meaningful, starts with a spooky tune, followed by heavy riffs and grooves. Jonathan Davis’s vocals is aging a bit but the music and drums stay young.

Korn’s best works have mostly been between 1994-2002 (Korn, Follow the Leader, Issues, Untouchables), but if this song is any indication, a good album is likely on its way. 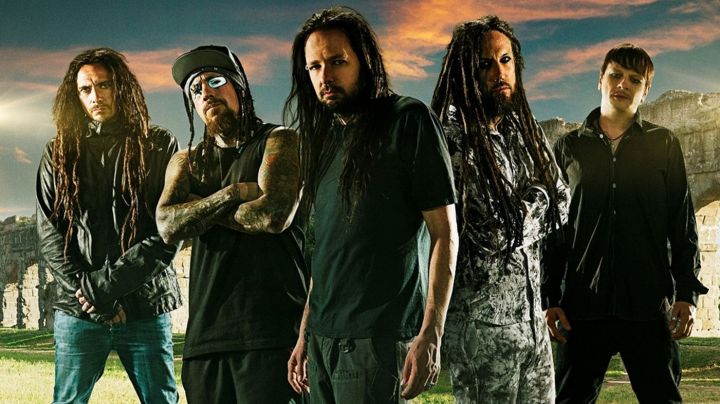 [Verse 1:]
I wouldn’t be angry if you just fucking cried
Your tears would arouse me, refreshing my supply
The suffering is fading, I scream into the sky
Repulsion invades me, I say goodbye

[Chorus:]
Digging deep inside of me
Getting past this agony
I can’t seem to get away
Another day rotting in vain

[Verse 2:]
I wouldn’t be angry if things would stay the same
You’re fighting the torment that helps me feed my pain
The suffering is fading, I scream into the sky
Repulsion invades me, I say goodbye