Video release of title track “Brotherhood of the snake’

Testament released their first video of their upcoming album (28th Oct) and it’s one which won’t reflect the band’s aging – contrary to their declining album release frequency!

The video is simple with visuals of the band, slithering snakes, twisted currency notes, dark clouds and palatial buildings – all seen through a dark indigo filter.

The song is all energy and all heavy drums. Best part of the song comes around the 2:30min to 3:30min mark with guitar riffs matching the drums. In recent interviews the band has assured their upcoming albums has all songs with similar rapid fire ferocity; all thrash no trash!

The lyrics are hinting at some snake like entity (could be government, ideology or religious grip) which has taken control over humanity for five thousand years.

“Coiled forever in the darkness below

They await for the right time to strike

Defending the truth and protecting the lies

They gather in masses, encrypting the stars

To breed slaves sworn to war

Death brought forth to the world

The covenant of the snake

Succumbing unto your fate

They’ve been watching you

By the gods who decree our faith

By the gods who decree our faith

De-luvium religions of monarchs and gods

The bloodline descendants of its original form

The dragon of Egypt awakes

They’ve taken the tablets and hidden the scrolls

To deceive the ones they protect

The truth of creation, mutation of man

Entombed in the Vatican walls 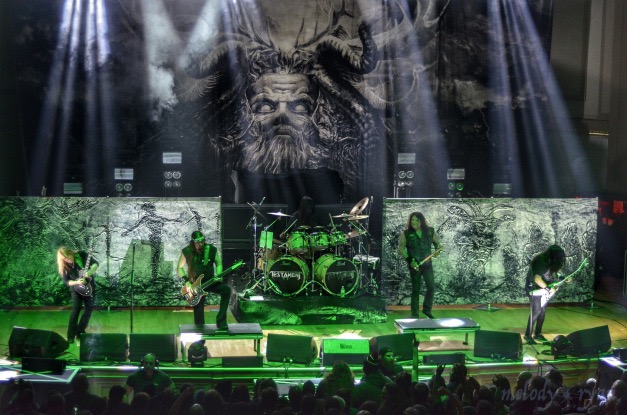