Do you know Metallica feature in Guinness Book of world records as the only band ever to have played on all seven continents? In their 2013 whirlwind tour they performed concerts in North America, South America, Europe, Africa, Asia, Australia and Antarctica. That’s not all, now. Metallica will now enter record books as the only band who have made music video for every song of an album. In a ‘Hardwired’ countdown to their upcoming album ‘Hardwired … To Self Destruct’ release on 18 Nov 2016, they have been/will be releasing eight videos today and tomorrow! Ironically Metallica plan to keep every fan ‘Hardwired’ to their mobiles, internet and computers to follow these videos!

The strategy in itself is high on risk and even higher on confidence. In this age of easy and free access to music, sales and revenue are key components. When Metallica release all their songs and videos, they have beaten the free market anyways. But at the same time they shoulder the confidence that the quality of their riffs is so good that people will still walk up to the stores of spend money online to get mindboggling audio experiences. Imagine if people didn’t like the songs  how it would have adversely affected the sales with any unknown component missing.

Watch Metallica’s latest video ‘Now that we are Dead’

Rating ‘Hardwired .. To Self Destruct’ – A Monster!

Well if a premier metal band, with so much at stake, and so much investment on all music videos, can bite the bullet, surely they smell supreme. Their 10th studio album may end up being their greatest since the self titled black  album way back in 1991. The title track was a great start and these blast of videos are making the mind numb. As a fan I have been scurrying which one to listen and when – amidst a tough bank office weekday job. So far I have managed to give single hearings to Confusion, Now that we’re Dead, Here Comes Revenge, Man Unkind and Atlas Rise and each of them demanded a second hearing, a third too!

The videos are also visual delights. ManUnkind has stage performance with horrow show theme and spilling of blood – the song starts weak but grows really strong in the second half. Confusion is a brilliant video (best of the lot) with a woman lone soldier seeming to take forte in a forsaken destructed city – you will find Syria and its social media images coming to mind. The lady’s alter ego is a corporate struggling to hold forte in an office filled with double crossers. Both ladies have their own struggles and end up hurting each other. This was my first interpretation, am sure you may view it differently. The song makes a great first impression, so do most of the others.

The ‘Here Comes Revenge’ video is an animation music video and the song is so good that I forgot to concentrate on the visuals. It’s sure is an introspection on human vices depicted through zombie mounted animal heads. ‘Now that we’re dead’ has probably the best start of all the music stuff we heard from the album. The starting two minutes makes you feel stay at home, play it loud, really loud and head bang. Hear it to believe it. ‘Spit out the bone’ music video isn’t out yet but the audio is and friends tell me its probably the best of the album.

Will ‘Hardwired…To Self Destruct’ become the album of the year?

The signs are there. This album is a must buy. Its a music monster and likely will be a milestone in metal music, if already not for the records created. Some more records could be broken on the way.

Metallica are due to perform on 22 January 2016 at Singapore and excitement will double when the album is released…in case the excitement hasn’t already hit sky high after avalanche of the videos. Am wondering now if I had declared too early of my Album of the year 2016. So wait for more updates here.

And here’s thanks to Aaron Durbidge, Jay Bush, Pranav Ramakanthan, Colin Flaherty, Hitesh Makwana, Anupam Singh of Facebook group ‘Rock/Metal Appreciation Society’ for keeping my Metal music passions on. I may just join Mallik Rao & Plassey Krishna for the Metallica concert on 22 Jan after an electrifying show at Singapore four years ago. 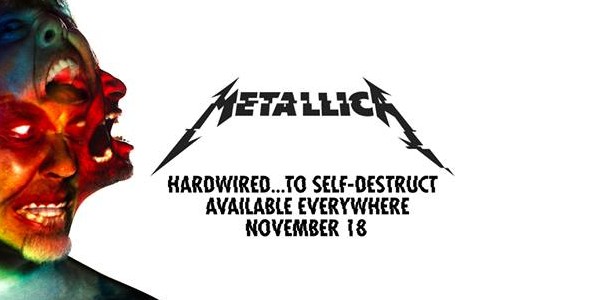 2 thoughts on “Music Review: Brilliant ‘Confusion’ as Metallica create history with Hardwired… To Self Destruct”