The world number one test cricket team won ten of the 13 matches in the just concluded home season, 2016/17. Numerous records have been shattered by all-rounders Ashwin and Jadeja; Umesh Yadav, KL Rahul and Wriddhiman Saha had come of age seasons; and for Kohli and Pujara, well, it was yet another routine run feast season! 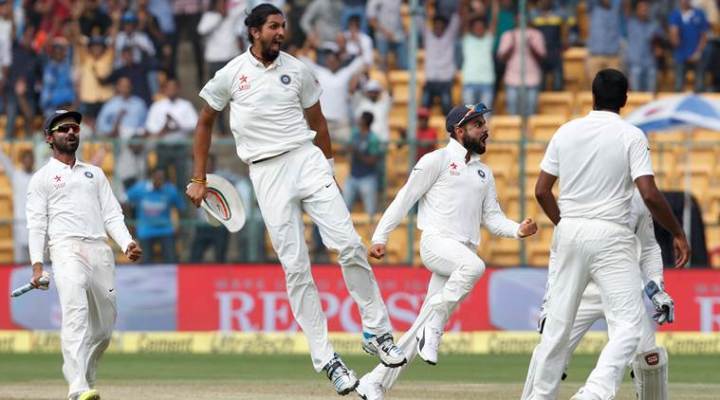 I rated all the 21 players who featured this season, for the Indian test team, with an index score and then ranked them to analyze the depth of our talent pool. The index score is based on following points system.

Ten out of the 21 players scored less than 600 season index points. Abhinav Mukund, Shikhar Dhawan, Amit Mishra, Gautam Gambhir and Ishant Sharma make the last five. They did nothing of note worth being in the top 16 of the squad. Each of them played 1-5 tests. Their batting averages are sub 30 and bowling averages above 40, not worth a mention in a season where the home team were rampant.

Kuldeep Yadav – Four wickets in a debut match, each of them coming when India needed the wickets most. That too after Australia won the toss and batted first in the series (and dare say, season) decider. Season Index score = 137.

Rohit Sharma – Played just three tests vs New Zealand and averaged 79.3, scoring a whopping 238 runs. The Kiwis were no pushovers and Rohit was missed in later parts of the season. Season Index score = 318.

Bhuvneshwar Kumar – Played four tests but took 10 wickets at a measly average of 27. More was expected from his batting though. Season Index score = 377. 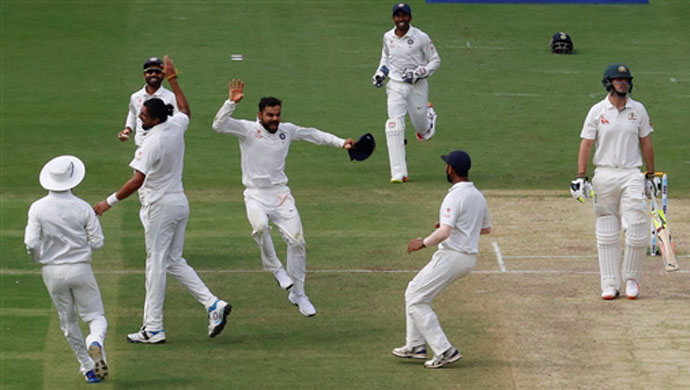 An average of 45.6 coming as lower order batsman and eleven wickets in his debut season does justice to all the faith, selectors and team management, put on him. 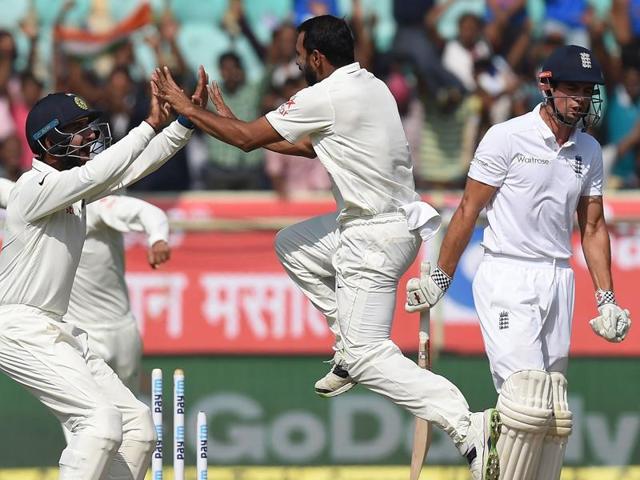 Just played six tests (and that’s a shame) and yet features in the top eleven for his 18 wickets at a measly average of 28. Shami is our best pacer by a margin and it’s time he took more care of his body. 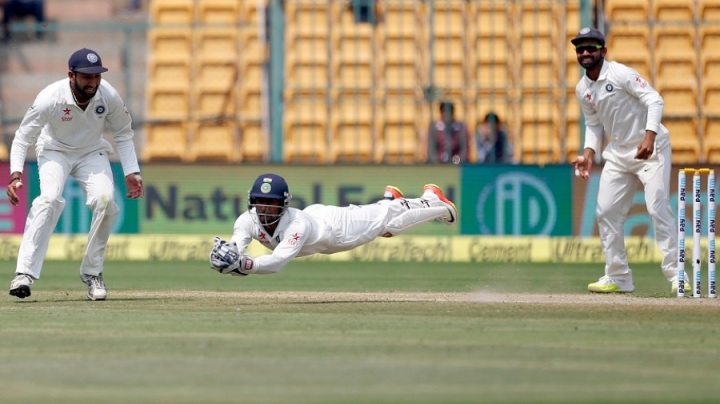 Mathew Hayden mentioned Saha was the unsung hero of India’s season. True. He averaged 44 with the bat, took 25 catches and effected one stumping. The 25 catches barely tell story of the superman like catching he has been doing of late. Will do better in improving his DRS skills – some of it was frustrating. At 331/5 Ranchi, he caught Steven Smith cleanly but didn’t appeal himself! That was the moment, a relatively easy win opportunity got converted to a difficult, and subsequently drawn, test match as Australia went on to score 451 in the first innings.

Played nine tests and that’s a compliment to his otherwise fragile body. Average 50+, gave starts, made confident runs when all around him were struggling to time the ball, has class written all over him. Just stay fit and convert the scores to biggies.

Rahane averaged 20% lower (39.9 runs) than Rahul. But ranks higher. In a perceived ‘poor season’ for Jinx, he still contributed with crucial runs when needed, impressed as captain filling Virat’s boots in the season decider at Dharamshala and took some mind blowing catches. His 14 catches help him leap over Rahul. 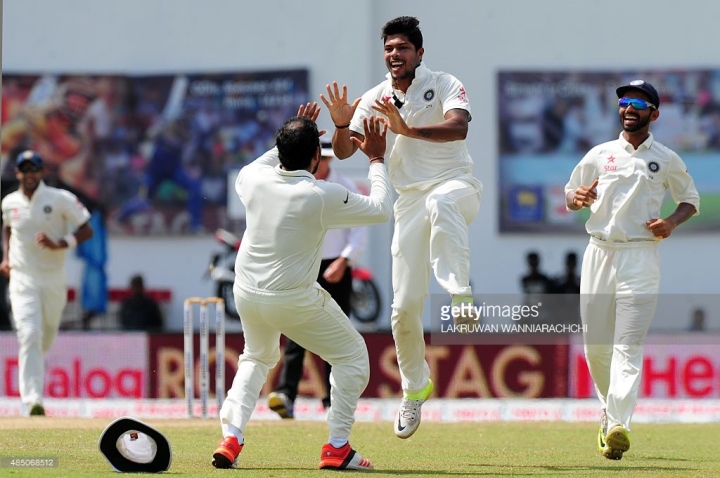 Yadav’s name in top six contributors is a big pleasant surprise. Played all but one test, steamed in and bowled his heart out, picking 30 wickets at average of 37. Yadav sure would be the one to watch out next season during the tough away tours.

Vijay got a mixed season and his numbers are similar to Rahane’s. 38.9 average and 12 catches taken in a dozen tests. We need more from this otherwise solid opener. 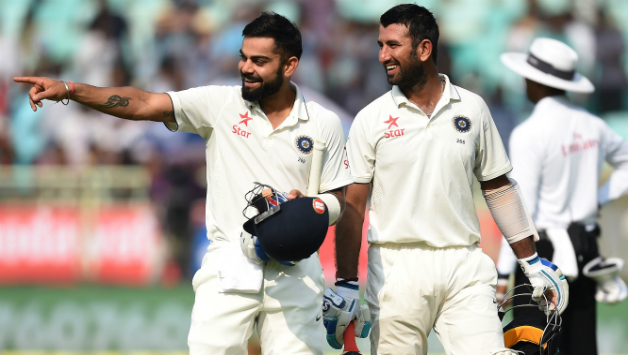 A poor run of scores, brain fades and off field battles – all vs the kangaroos – soured a fantastic season. His season average still stands at 65.9 and he took 12 catches. The difference in index score between Vijay and him summarizes how the season has been all about India’s top four.

Between Pujara and Kohli, they scored 33% of India’s runs this season! Pujara played all 13 tests – far cry from the day at West Indies he was dropped due to low strike rate! – and averaged 62.6 runs. Like Virat, each of his big scores were pure match winning ones. The test in which both of them failed, happened at Pune, India lost!

The gap between Pujara and Jadeja is as huge as the gap between fourth and fifth ranked guys (Virat and Vijay). Ashwin and Jadeja now belong to the elite grade of matchwinners, atleast in subcontinent conditions. Jadeja will argue that he has won India a test at Lords too. 71 wickets, batting average of 42.6, ten catches, excellent fielding, 100% involvement always throughout the season, coupled with that ‘sword’ swing really give him the ‘Sir’ status.

Ashwin is not ICC’s test cricketer of 2016 for no reason. He is the world’s best test player by some margin. A record breaking 82 wickets and a bonus batting average of 27 – chunk of the runs coming when needed most. Simply based on the index scores, Ashwin’s contribution was as big and as important as Saha + Rahane + Rahul put together!

Here’s hoping Jadeja, Virat, Yadav, Rahul, Shami are all rested for IPL10 to be fresh and raring to defend the ICC Champions Trophy 2017. 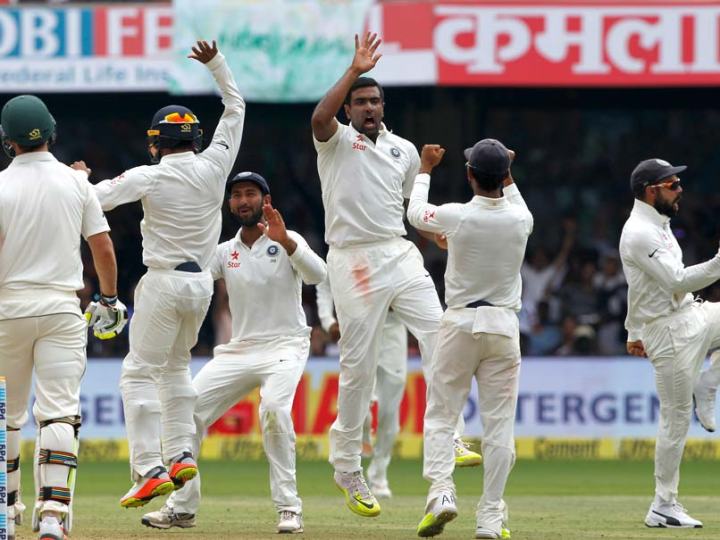