Gerard Deulofeu’s return to FC Barcelona Football club has not excited me much. As if the never-ending, overhyped (and overpriced) Marco Verratti links wasn’t deflating enough. Over a month since the Catalans played their last competitive game, their only signing, of an ex-La Masian, seems more desperate than decoded. A signing which hinges on how two personalities, manager Ernesto Valverde and the player himself, can work to make Deulofeu at the level, the club deserves. The initial signs make this a massive gamble, with very very low chances of success.

Here are some facts about the ex-Everton, Milan and Sevilla winger.

Reasons not to be excited about Gerard Deulofeu to Barcelona

1. Since his debut in 2011, Deulofeu played six times under Pep Guardiola’s Barcelona and made little impression.

2. It was on 30 Nov 2013, that 19-year Deulofeu, playing for Everton, equalized against Arsenal on the 85th min (to earn a draw for the Toffees), and that set the usual London media flashlights on him.

3. For all his gun pointing celebrations, between 2013-2016, Deulofeu appeared 75 times for Everton and scored a meagre 8 goals. In this period, Everton played over 110 games and Deulofeu was a regular starter in only a handful of those. Everton finished seventh in their domestic league last season.

5. Midway through last season, he was loaned to AC Milan, where his 4 goals and 3 assists off 18 games got interest for long-term service, from both, AC Milan and Barcelona. Milan finished sixth in Serie A last season.

6. Deulofeu was the worst player on pitch in the recently concluded U23 Euro Championship final, where huge favourites Spain were beaten by Germany, 1-0. He looked unfit and slow.

7. So for all the EPL hype, Deulofeu’s numbers, at age 23, are more suitable for services to a mid-table team, looking to err…stay mid-table. Expecting a player, who wasn’t even a guaranteed starter with 6th-7th placed teams, the last four years, to compete for a place with Messi, Suarez & Neymar sounds ridiculous from the onset. 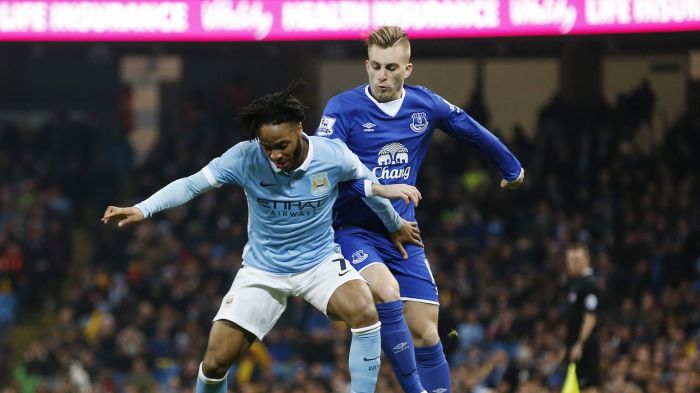 8. To compare with a similar aged, similar position on the pitch, similar traits player – Raheem Sterling, a year younger, has scored almost three times the goals and has 40% more appearances than the ex-La Masia product. Yet today, Sterling will struggle to make to the Barcelona bench, so where does that put Deulofeu?

Like Sterling, Deulofeu makes penetrative, speedy runs down the wings and is great in one-on-one situations. However his defensive abilities are still a big question mark and in the U-23 Euro final, he looked slow and unfit too.

On the credit side of the balance sheet, Barcelona may have pulled a trick.

1.In an over-inflated market, Barcelona’s fourth striker target, Dembele, was being quoted around 70mio. Deulofeu at 12mio (effectively 6mio, as Everton had paid 6mio to Barcelona for buying him in 2015) looks a steal.

2. Does Valverde plan to make Messi play deep permanently? Messi’s pitch maps over 2016-17 did show him playing a lot deeper than usual. If that trend continues, then does that mean Neymar, Suarez, Deulofeu will make the front three in 2017-18?

3. Barcelona have been poor with transfers, man rotation and grooming of midfielders over the past few years (read: Luis Enrique). They have a lot of underperforming big money baggage – Andre Gomes, Arda Turan, Denis Suarez – and splashing another ridiculous sum on Verratti is no guarantee for success. Deulofeu that way is a real bargain. Even if he fails, he can be sold next year at a much higher price.

4. Valverde is said to be a man who looks deep into young talent and honing them. This is a man who rejected three managing offers from Barcelona (2012-2014) and one from Real Madrid (2015), sticking to his commitment to his then attached clubs. If he believes he can turn the player around, he needs to be trusted.

5. Barcelona have had a poor history with La Masia players retention too. Thiago Alcantara, Marc Bartra, Sandro Ramirez and a few more names were let go very cheap – most of them, Barcelona could have done with today.

Hence the big question will depend on two people. Can Valverde and Deulofeu work together to convert an inconsistent player, with low work rates, poor defensive qualities, suspect fitness and barely averaging four goals per season to finally deliver to his potential (he is 23 already!).

A year from now, we will have the binary answer – Yes or Never.

The ‘Yes’ will be an extremely big win for Valverde’s profile and Barcelona’s season. The ‘Never’ is a ‘now or never’ point for Deulofeu – that’s enough motivation, to put his life on the line to achieve the pinnacle of football success and glory. Or a year down be sold to a West Ham!

My hunch is not an optimistic one.

Gerard Deulofeu has been loaned out to Premier League mid-table team Watford FC!

One thought on “Football: Gerard Deulofeu to Barcelona, analysis of an interesting buy back”