Women’s obsession with shopping and winning arguments often fill our mobile memory cards. The men’s obsession equivalent never make to the jokes platform, as it’s related to their ego. More specifically to their ‘Ali Baba’. Even more specifically, size and standing ability! Medical studies suggest, half the men who report for ‘inability’ are below 40! And majority don’t report to the organized sector, they help the Doctor Chaddhas, sitting in corner shops of shady lanes, make a living. Erectile dysfunction is there for real – exaggerated with smoking, alcohol, stress and hypertension. Impotency is more a man issue, than a woman issue. After an ordinary seven months, Bollywood has struck with vengeance. Two quality movies on taboo subjects, three on small town values and close to life problems, make a brilliant August 2017. 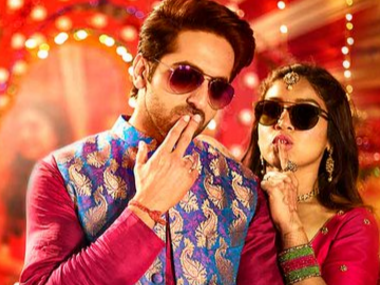 In one telling scene, the female lead scoffs at the education system which enlightens us with Pythagoras theorems but teaches zilch on solving daily problems. Bhumi Pednekar’s scenes with Ayushmann and Seema Pahwa make the soul of this film, aside giving non stop laughter. These are real to life issues – shyness in NIIT Centres, romance over bike rides, anxiety over life partner, open bus top rides with friends, middle class lady craving for love story, Gents problems, Ladies problems and relatives stuck in ego battles when not showing off their expenditure list.

Ayushmann Khurrana with back to back solid performances, after Bareilly ki Barfi, is now becoming a specialist on men with sexual issues! Bhumi Pednekar, from her debut movie till Toilet – Ek Prem Katha, has stayed her screen self – faithful, loving but at same time steadfast and demanding. Both characters fill almost 80% of the screen time and it’s their heart touching chemistry that sets the movies. They literally pay out your ticket price with all those swinging emotions. Kudos. 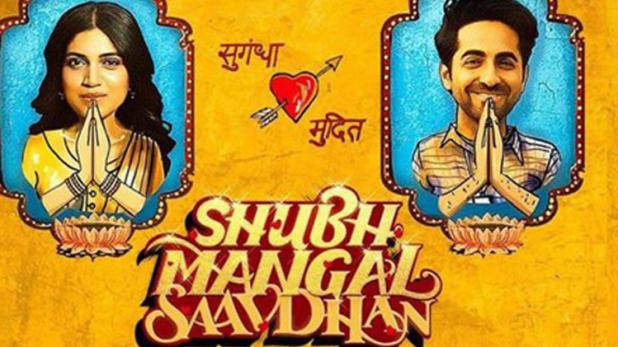 I booked advance first-day first show for Shubh Mangal Saavdhaan (SMS). The faith on lead characters, the trailer worth many giggles and director R S Prasanna’s gut to make a 106-minute movie on a taboo subject gave it a refreshing feeling. In SMS, Prasanna has remade his own Tamil flick Kalyana Samayal Saadham. You can trust the Tamil movie industry; in my books, better than any movie industry.

Producer Aanand L Rai had Tanu Weds Manu series, Happy Bhag Jayegi & Raanjhanaa to back his credentials. If you care to look beyond L’Oreal painted faces, designer dresses, European locales and six pack bodies, then this movie was one charming middle class love story to bet on. And it delivers. 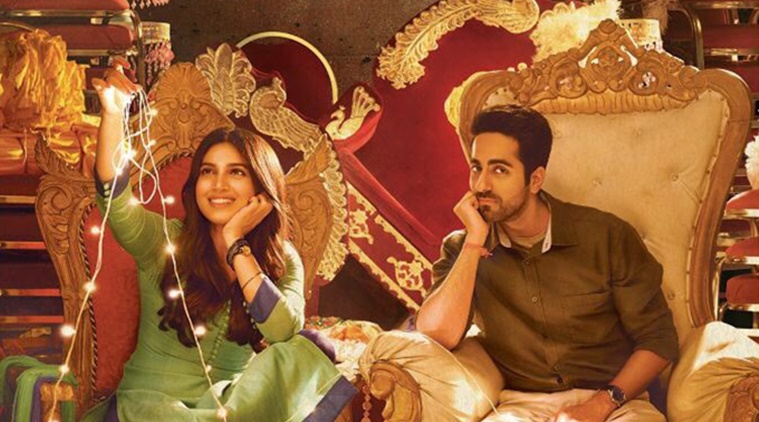 How cinema is biggest influence on society

The movie never promises a great climax or solution to ‘standing’ problems, but does give viewing satisfaction. Despite an ordinary second half (with lots of forced, difficult to digest scenes – cable car scene or food finishing in marriage party) as a viewer you stay focused on the bigger issue.

Don’t be surprised if in future you find people discussing ‘men’s problems’ as Ayushmann’s problems or the SMS problem. Whether ‘Ali Baba’ can reach the goofa or not will now become a coffee table discussion. That Ali Baba issues are more mental than fundamental. Thanks to makers for assurance that to our society.