It’s nearing close to a decade since I have been admiring current Manchester City boss Pep Guardiola. Studying his moves, mannerisms, values and etiquettes, trying to slim down like him (difficult for a foodie like me!) and keep that bald shiny look (easy!). Simply put, not Messi, not Neymar, not Ronaldo, not Alves, my biggest on-field football hero, after decades of Diego Maradona, Marco Van Basten, the Barcelona team this century, is now Pep Guardiola.

I have no doubts that his current Manchester City team has all the ingredients to be a legendary team that will be spoken about for decades to come. The sky blues won nothing in season 2016-2017 but gave the Etihad faithful, two of the best seven games of last season. Those two “come-from-behind” wins – epic 5-3 over Monaco, and 3-1 over Barcelona – will be replayed in a lot of homes, over coffee table discussions, in years to come. Because decades down you don’t cherish or watch highlights of 1-0 ‘park the bus’ wins or 2-0 wins over primarily under-23 lads. You only watch games that thrill hearts, that turns on the style, bully opponents and has goals in it. Even neutrals keep watching highlights of Istanbul 2005, always.

I have watched Barcelona’s 2005 Champions league loss to Chelsea (4-2) multiple times and am likely to watch it more (in future) than ever sit down to watch their recent 1-0 win over Sporting Lisbon. Because football is always about style, domination and moments that leave you gasping. That’s what players crave, that’s what owners crave, and deep down, that’s what fans crave.

Football is and was always about style

Johann Cryuff’s Dutch team never won a World Cup, never played a European Championship final and his Barcelona ‘dream team’, won just one European Cup. Yet, so many decades down, his teams are spoken with pride, big eyes, raised brows and deep breaths. Brazil have universally been loved by football fans, always. Not just for World Cup credentials, but for Samba branding of soccer, for turning on their amazing dribbles and one-twos. When you give a child a football, you ask him to dribble past the opponent and score. That’s the first and last thing you teach anyone with the ball at his/her feet. When you see a group of kids playing football, you want to go in, possess the ball, control the ball, dribble past a couple, do a one-two and shoot! That’s the essence of football.

Guardiola is the epitome of style today. No other manager is so much committed to “ballet on a football field”, more than him. He has refused to trade flair for trophies, refused to compromise on style to adjust to demands of any league and refused to buckle under any pressure to deliver. Every manager buys players to ask them to play ‘tactically’ – an extremely overrated word marketed by London media. Guardiola buys players so that they can be themselves on the field – 1-0 up at Stamford Bridge on 30th Sep 2017, in the 79th minute, nine City players were in the Chelsea third of the pitch! Looking to dominate to a 2-0 win than be pleased with a 1-0. Because decades down 2-0 will be more remembered than a 1-0! 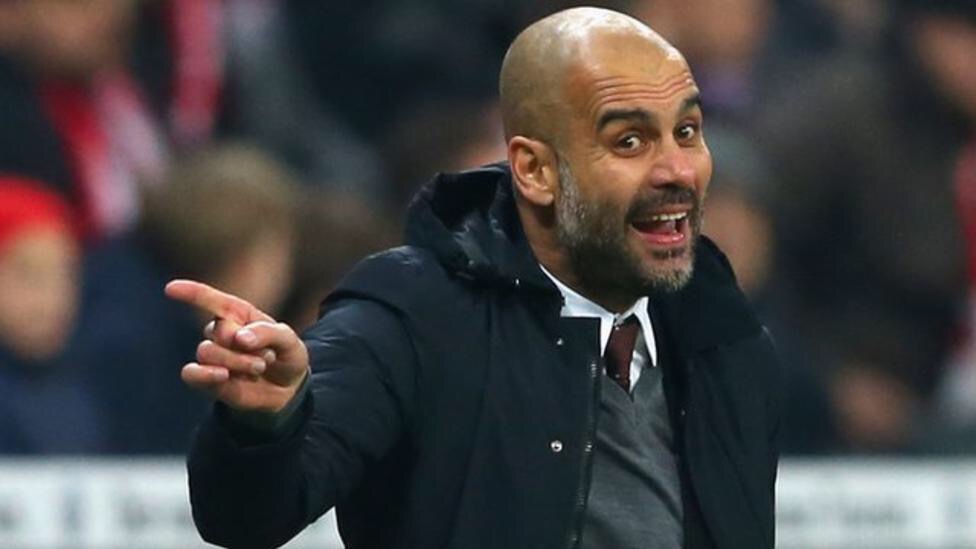 City on the run!

As Arrigo Sacchi, one of the best coaches in the game, mentioned early this week “He (Pep) has carried forward total football even more,” ­Sacchi said. “He is adding to it, making it better. He is a great coach and Manchester City play in his way with a real style…. He’s obsessive, a perfectionist — one of ten coaches since the 1950s who have contributed to the evolution of football”.

This is just the start of Pep. He is 46 years old, a starting age in football coaching.

And this is the start of my series of blogs about him. I dream one day to work for him!

Part 2 thanks the City owners for their efforts and dream to get Manchester City into the elitest of elite league.