Pep Guardiola‘s Manchester City have won nothing so far. Yet the list of eulogies continue to shower in for a team playing a brand of football seldom seen in the history of the game. Here’s ranking the best eleven quotes that have come in for Pep Guardiola and his Manchester City team in the first hundred days of Premier League 2017-18 season.

“For me, they are the best team in Europe.” – Claude Puel, Coach Leicester City and former Ligue 1 winner as player and manager with Monaco.

10. Best football ever played in EPL

“It is some of the best football ever played in the history of Premier League. Think about it as the sort of thing you’ll play in 5-a-side, except this is being executed at the top level. I’ve never quite seen anything like it.” Garth Crooks, BBC pundit and former player for Tottenham Hotspurs and few other clubs, including Manchester United.

9. Refused to compromise on his style, infuriating British media

“The numbers are extraordinary, still it is greeted (by British media) with cynicism. Let us see what winter brings to them and their fancy play. What is to be expected when so much money has been spent? … young players… chasing a first league title of their careers. Such churlishness is difficult to explain but perhaps the reason lies in Guardiola’s refusal to compromise. Guardiola’s style of play is so alien to the accepted wisdom that it offers no such escape route. It seems that English football cannot forgive him for this lack of compromise. How can the strongest league in the world possibly be tamed like this? Were we doing it wrong all along?” – Adam Bate, media pundit with Sky Sports. 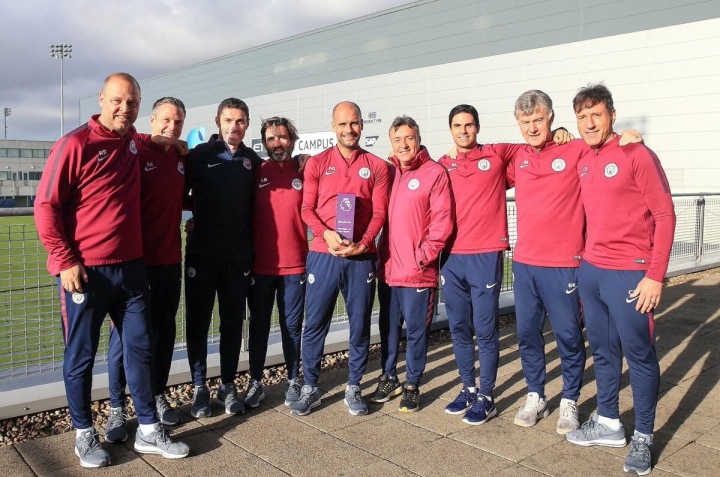 “City are a series of players who are artists. They paint beautiful football for us every week & in every game, Jesus or Aguero are on the end of it.” – Martin Keown, media pundit and former Premier League winner with Arsenal. 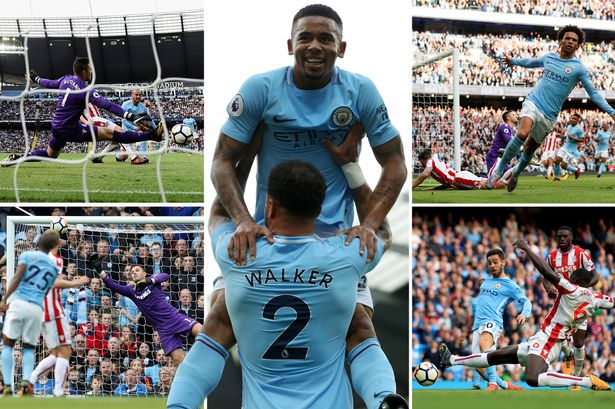 7. Setting the standard in EPL

“Pep Guardiola is now setting the standards, just as Arsene Wenger did 20 years ago. His midfield has only one defensive player and he is taking on each fixture on the front foot. They have 15 straight victories in all competitions and they have a plus-31 goal difference, which underlines his offensive personnel and his use of them. He is setting the standard in this country and his team are a pleasure to watch.” – Alan Pardew, media pundit and former Premier League manager.

6. Extra player all over the pitch

“It feels like they have an extra player all over the pitch. It’s difficult to play against, it really is. If there’s a team out there that will beat them to the title this season I’ll be very shocked.” – Marc Albrighton, Leicester City midfielder and Premier League winner 2015-16.

5. Until Manchester City came along

“While you often need everything to go perfectly to score a goal, the principles of the game are built on the fact that you do not necessarily need to play perfectly to stop one. Until Manchester City came along, that is. You get the ball. Instantly, you see Kevin de Bruyne and Leroy Sane hunting you down. A few yards away, Sergio Aguero is blocking the easy pass to your right. Raheem Sterling is blocking the pass up the touchline. Can you maybe bend the ball around David Silva? You have fractions of a second to answer. Too late. Sane has wrapped one of his telescopic legs around yours, De Bruyne has gathered up the loose ball, and once more you are defending for your lives. Multiply this scenario by 10, by 100, by hundreds, and you get some idea of what playing City these days entails: a never-ending series of multiple-choice problems, each with only one perfect solution.” – Jonathan Liew, media pundit with The Independent.

4. Praises from the red side of Manchester

“They are a machine at the moment. They are doing it in unbelievable style – look at the goals and approach play which is sublime and beautiful to watch. I’m saying that as someone who is on the red side of Manchester. It is great to watch. Pep Guardiola has got them playing football you would pay to watch.” – Rio Ferdinand, media pundit and former Champions League and Premier League winner with Manchester United.

“I have great respect for Pep and I think he’s the best. I like to watch his side’s games. Every coach tries to learn new information and new ideas and then try to elaborate on them with their own thoughts.”- Antonio Conte, coach of Chelsea, current Premier League defending champion and former Champions League and Serie A winner with Juventus. 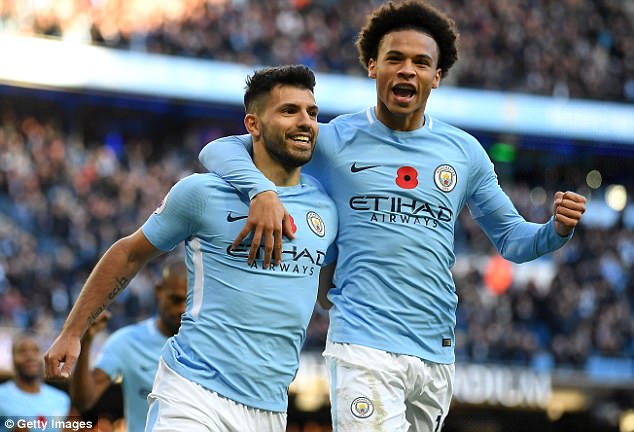 2. The best around – Untouchable legend

“We’re talking about one of those coaches who has changed the way we view football. It’s a different level. They are the best team in Europe, coached by the best coach in Europe. He’s in the tradition of Ajax’s Rinus Michels and Cruyff. My football is a belief in total football. It comes from Ajax. He’s the best around — an untouchable legend,” – Maurizio Sarri, Napoli coach.

“[Guardiola] has carried forward total football even more. He is adding to it, making it better. He is a great coach and Manchester City play in his way with a real style… He’s an obsessive, a perfectionist, he thinks deeply about football. He’s one of the top ten coaches since the 1950s who have contributed to the evolution of football.” – Arigo Sacchi, one of the most celebrated and revolutionary managers in the game, former European Cup and Serie A winning manager with AC Milan.

It is not that the plaudits have only come in last hundred days, even during a torrid first season with Manchester City, there were praises galore. Listing two of the biggest praises from a rival player and from a succeeding manager, that Pep Guardiola got in recent history.

“He offered his best wishes for me and my partner this week, which was an unbelievable touch. He is someone I have a massive amount of respect for. I watched his Barcelona teams – and look at his Manchester City side tonight. He is the best manager in the world. I don’t think there’s anybody close to him and what he has achieved. For him to offer that to me, I respected it and accepted it with a smile on my face.”- Harry Arter, current Bournemouth player

“Pep Guardiola is a great coach, one of the best in Europe and the world. He did a marvellous job here and I inherited this top quality side from Guardiola.” – Carlo Ancelotti, after succeeding Pep Guardiola as coach of Bayern Munich.

More than conquering, it is important to do things in style, in a revolutionary and artistic fashion, that stays etched in memory forever.