Jumanji 2017 starts with the concept from the 1981 children’s fantasy book (by same name) written by Chris Van Allsburg and ends with the 1987 chartbuster ‘Welcome to the Jungle’ sung by the greatest hard rock band ever, Guns n Roses. Thank God, the 1980s are still alive! The latest big screen version is a sequel to the 1995 (late) Robin Williams flick that caught everyone’s imagination. Ask any movie goer today, and they can explain you the Jumanji board game concept.

Sequels seldom match up to the original

So really, the makers had the brand, idea, concept, feel and genre already in place. Director Jake Kasdan’s challenge lay in living upto the prequel and put right dose of thrill, action, humour and story around the existing ingredients. The 2017 version is surely not as scary and thrilling as the prequel, but has heavy doses of humour added which adds to the reason why audience will ensure the revenues will cross half a billion dollars this weekend. 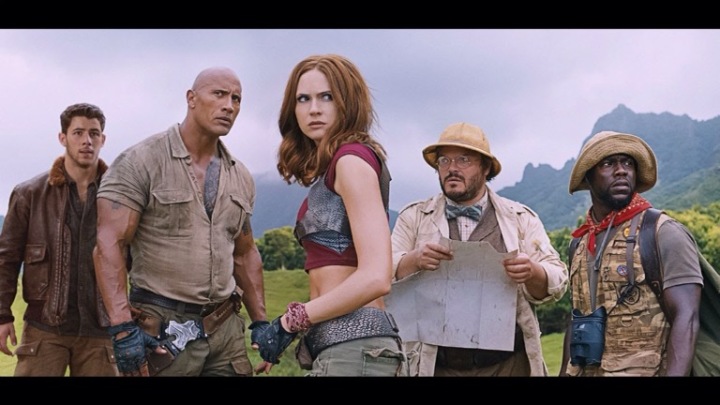 Story and what could have been

Four students serving detention end up playing the wretched video game. They land straight into a dense thick forest inhabited with massive hippos, rhinos, elephants, jaguars, snakes, spiders and villains who are bent on snatching away the jewel from our protagonists. So while Jumanji 1’s modern city atmosphere and the dice rolling gave it realistic feel, the current Dwayne Johnson starrer is pure fantasy ride. It’s made worse when the real life selfie obsessed Instagram queen (a super Madison Iseman) is transformed to a pot bellied historian for sake of some toilet jokes – ones which stay with you long after the movie. However, I wish the makers had introduced another game level to covert the historian to a girl character, kept dices (and a compass) rolling with number of trees to move ahead. That may have made the game moving ahead more interesting. Idea for Jumanji 3 maybe !

Star Cast keep the humour on

Dwayne Johnson, Jack Black, Kevin Hart (whose make up reminded me a lot of my favourite football club FC Barcelona defender Samuel Umtiti), Karen Gillan and Madison Iseman give top performances and the humour and engagement is thanks to this bunch. They hold the movie everytime the thrill, action and storyline fails. Of the action sequences, the helicopter scene and our heroes landing in jungle first time, do stand out. 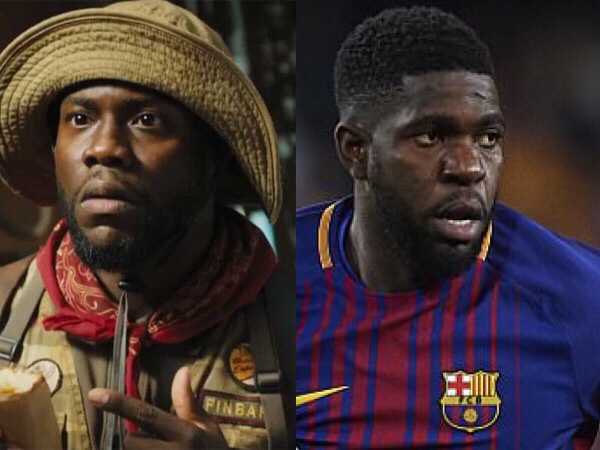 2 thoughts on “Movie Review: Jumanji – Welcome to the Jungle, We got fun and games”