My ratings (out of 10) for the Indian Test team after a tightly contested series at South Africa.

It all came down to 73 runs. Just 73 runs. Yes, that was the margin between India losing and winning this series. Another 73 runs in the first test and it would have been a lifetime achievement. The opportunity is now gone. Our generation still has painful memories of Sydney 2004, the day India could have created history by beating Australia at their den. This series will pain too. We had the team. BCCI have us the perfect squad. A squad so deep in quality that Umesh Yadav & Ravindra Jadeja (World no. 3 bowler) were struggling to get into the playing XI. And yet BCCI lost it all for a money-spinning and irrelevant bilateral series at home. The only consolation they offered – few of the test specialists can reach South Africa early to acclimatise while the others would reach last moment. No respect for the opportunity, the conditions, the challenge or for team’s preparation. The chance is gone now.

Hyped and liked by the fans for supposed superior technique, KL Rahul scored 4, 10, 0 & 14, each time getting out to rank bad shots. The one mark given is for some determination shown towards the end of the second day at Wanderers. His 28 runs off four innings kept reminding us the folly of dropping a match-winner like Shikhar Dhawan after he scored 32 runs in two innings.

India’s most dependable batsmen turned out to be the worst performer for India when needed most. Two decent innings and two great deliveries overshadow four horrendous innings including two ridiculous run outs. It’s possible Pujara is impacted by Kohli’s non-stop ‘intent’ ‘intent’ jabber which is being interpreted as aggression while batting. India needs Pujara the way Pujara has been. Shastri and co. need to talk to him and not scare with the random ‘intent’ discourse. For Pujara making the new ball older and easier to bat for following batsmen is more important than suicidal shots and run-outs. 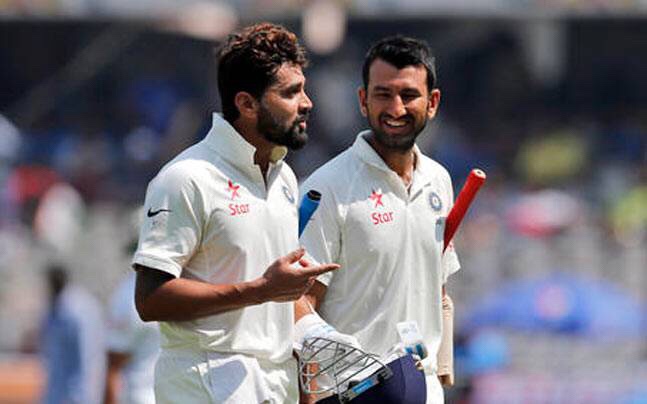 Dot as mentioned for Pujara, just replace the run outs with rash shots outside the off stump. Dropped catches too. The player who made his test career leaving balls, these days throws the bat at the start of innings at most balls. Does this also have something to do with the ‘intent’ jabber?

Dhawan scored a pair of 16s at Cape Town, before being surprisingly dropped. He looked comfortable during his stay, but zero lead time to acclimatise meant he couldn’t control the ‘natural home tracks instinct’ of going for hooks and pulls. He could still have stayed in the team as his replacement KL Rahul score lesser runs in double the chances. Dhawan also dropped a crucial simple catch of Keshav Maharaj at Capetown when the latter was at zero – and went on to score a crucial 35.

Rohit Sharma is the only Indian batsman, after Dhawan, to have reached double digits every time he went out to bat. That the top three batsmen flopped in first two tests meant Rohit always went out to bat earlier than anticipated. Amongst Indian batsmen, his average (19.50) is third only to Virat and Rahane in this series. But needing to keep Rahane out from the XI, he has to do a lot more.

Scored a perfect zero at Centurion for dropping (or not going for) catches. Unfortunately, he seems to be India’s second best keeper-batsman package for the longer format. He managed to redeem himself at Johannesburg in first innings and took up the brave challenge of opening on a treacherous track in second innings. Had he held on to the chances at Centurion, that test would have likely gone India’s way.

Pandya has one notable inning at Cape Town and one notable bowling spell at Centurion. But both those instances snatched the initiative from the Proteas and got India back in. India were 92/7 at Cape Town when Pandya took over. South Africa were 246/3 at Centurion when Pandya effected two brilliant run outs. Pandya on numbers didn’t deserve to play the third test but his impact could not be ignored. At Capetown, India were 140/7 to South Africa’s 287 but the hosts had six fielders at the boundary ropes. That’s Hardik Pandya for you … aside from his brilliant fielding … and he would have learnt a lot in this series. 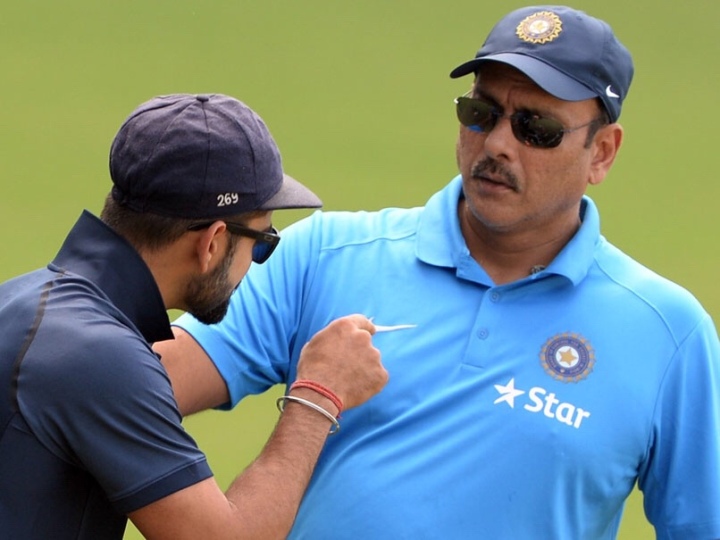 Negatives: Selection horrors, shoddy slip catching not sorted out for a year, needless jabber on ‘intent’ which confused few players and inability to arm-twist BCCI to get at least two weeks preparation time. Positives: Bumrah’s selection and persistence, getting Parthiv to open in the third test, pepping up Shami at the right time and overall grooming a bowling attack which is amongst the best in the world. 1986 was the last time India bowled a tough opposition out every innings away from home. Three tests and all 60 wickets taken; no instance of opposition declaring. Also making a rugged unit that fights every day every session of a tough away test series and refuses to get rolled over. World number one team losing a nail-biting series at world number two destination is fantastic result in an era every home team is bullying visitors. The calmness exuded when South Africa were 124/1 and on their way to whitewash India and yet the men in blue were focussed and still coming hard is commendable. That level of patience, persistence, no loose deliveries and keep running in hard wasn’t seen before in many Indian teams.

Saha’s prime role is wicket keeping and his secondary role is batting… at 70:30 ratio. He was dreadful with the bat but fantastic as a keeper. But I won’t still give him 7/7 on his prime trait as he struggles to help in reviews. In fact, he gets totally clueless and that doesn’t help in either backing nor calming his captain’s over-enthusiasm. His injury was a big miss behind the stumps considering the catches India dropped there in the second test.

Dropped controversially for the first two tests for his bad form back home, Jinx played a peach of an innings in the all too crucial, all too important, second innings at Wanderers, after flopping in first innings. He took a couple of good catches too. Rahane should have played all three tests and I hope team management don’t do this mistake of dropping him again. He should also be a candidate to play in the upcoming ODIs at South Africa.

Ashwin averaged 22.50 with the bat and took seven wickets in a series where the only other spinner (and all-rounder) Keshav Maharaj took just one wicket and scored lesser. He should have played the third test in place of Hardik Pandya was my view. Ashwin has redeemed himself this series as an important bowler away from subcontinent too.

Three tests ago he was a debutant, a rookie and a potential X-factor. But Bumrah, like Pandya is an extremely fast learner. With every test match his strike rate, economy rate and menace were increasing. His 5 wickets at Wanderers set the stage for India’s climb back. Kudos to team management for blooding him when no one would have expected him to play. Bumrah will go places, this is just the start.

Ishant is a much-improved bowler compared to what he was the last half decade and is slowly looking like the bowler who burst onto the scene over a decade ago. His economy rate was far superior to Shami or Bumrah’s and anytime Kohli needed to put the breaks on, it would be Ishant with the ball. Was not out twice of the four chances he got to bat. At Johannesburg with South Africa coasting at 124/1, Ishant delivered two killer blows.

Shami was his usual blow-hot blow-cold self entire series and yet finished the highest wicket taker (joint with Philander and Rabada). He scored two important cameos with the bat too and yet he doesn’t get 10/10 from me. This is because when he got cold he would be so poor that entire complexion of the match would change. At Wanderers first innings, when all bowlers were going for less than 2.5 per over, Shami was going at 4+. Shastri did put an arm around him before the second innings with a pep talk over the pitch and gave him second over. That helped. Wish that was done two tests earlier. Shami when hot was blowing away South Africa and picking wickets in bundles of four!

Same points as applied for Ravi Shastri and coaching staff. Just that the skipper executes himself on the field like no other. King Virat is the highest run-maker in a series dominated by bowlers on poor, dangerous pitches ordered by the hosts – ICC of course won’t mark them poor cause there is ‘pitch racism’. Cape Town test lasted just three days and Wanderers should have been called off. Virat fought fire with fire every minute of the test series and kept each of his players battle-hardened every minute. An area of improvement for him would be staying calmer on appeals – gets a tad excited and wastes reviews at times; didn’t impact much in this series though.

Always took wickets with the new ball, finished the series as India’s second best batsmen and fourth amongst both teams. He set the tone for India’s ‘intent’ first up at Cape Town reducing South Africa to 12/3. It had to be a brain freeze moment by team management not to play him in the second test. Bhuvi is the only player, aside captain Virat, to have established himself in all three formats of the game and his name must be put second in all team sheets. On the negative side, Bhuvi’s effectiveness and economy rates fall drastically once the ball is old and was responsible for letting the pressure go off South Africa couple of times at Capetown. He looked ineffective At Johannesburg too in the second innings when Elgar and Amla were coasting.

DK came on the field as substitute wicketkeeper for little over an hour at Johannesburg and kept well. His stint was even more noticeable for the confidence exuded on one area – DRS reviews. He called one close shave off Dean Elgar’s bat as not out straightaway. Virat, slip cordon & bowler Bhuvneshwar Kumar were convinced though that was out and took the review. DK was right. Then for the final wicket of the game, while everyone else was unsure, DK straightaway asked for a review and said it was out. He was right, again.

All in all a great series and bodes well for the future. First time in the history of three test series that all 120 possible wickets on offer, were taken. Tribute to two ace sides. Am confident India will win the test series in the English summer. They will have learnt a lot in South Africa and will not repeat the mistakes they did here.