Insights, highlights and little-known nuggets from Pep Guardiola’s Biography ‘Another way of winning’ – by Guillem Balague

* Back in 2001, Sir Alex Ferguson wanted to sign Pep Guardiola but the latter refused, saying he wanted to retire at Barcelona. As luck would have it, six months later, Barcelona sold Pep to Brescia, as by that time Ferguson had made a record signing with Juan Sebastian Veron to fill that MF position at ManUnited. 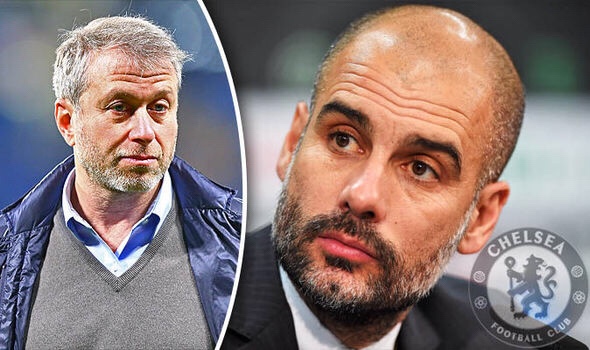 * Chelsea boss Roman Abrahamovic has always been obsessed by Pep Guardiola. From early 2011, he started talks with Pep to accept the offer as Chelsea boss and take ‘total control’. He delayed Villas-Boas sacking waiting for Pep to say yes in 2012 as he knew Pep was already thinking of leaving Barcelona. Then he hired Di Matteo clearly as a temporary manager despite the latter winning historic CL for Chelsea. Roman then next put Rafa Benitez in the hot seat with clear instructions that talks with Guardiola were on (late 2012) and he could come in any day. Benitez got two sets of three-month contracts. Yet Pep never arrived. So Chelsea finally signed Jose Mourinho as a long-term boss. In 2015, When Jose Mourinho was about to be sacked, Roman started talks with Pep again to take over Chelsea from 2016 summer (post Pep’s Bayern contract over). By which time Pep was already talking with the Man City bosses and respected their three years long plotting to get his services at the Etihad stadium. Roman Abrahamovic strongly believes one day he will get Pep to manage Chelsea.

* When Iniesta was 14, he competed in a Nike club competition and won. The trophy was presented by Pep Guardiola – a moment of inspiration when Iniesta made Pep his idol. A few years later when Iniesta stepped up to the first team, Pep walked up to the then 21 yr old, Xavi and told ‘Keep a look at that guy, he is going to force both of us into retirement’.

* The Barcelona board knew that Frank Rijkaard had lost control with the key players in his squad. Deco, Ronaldinho, Eto, Marquez and Motta were spending more time off the field than on it. This ranged from long nights of partying (which often stretched to multiple nights without notice) to Deco and Eto getting themselves ridiculously yellow carded to miss the upcoming Clasico; and everything in between. The season reached a point when it was unclear whether Barcelona could finish in top four Liga standings to qualify for Champions League play-offs, the following season or not.

The board then shortlisted six candidates to take over the job from season 2008-09 onwards. The ones who didn’t make it to the final two were. 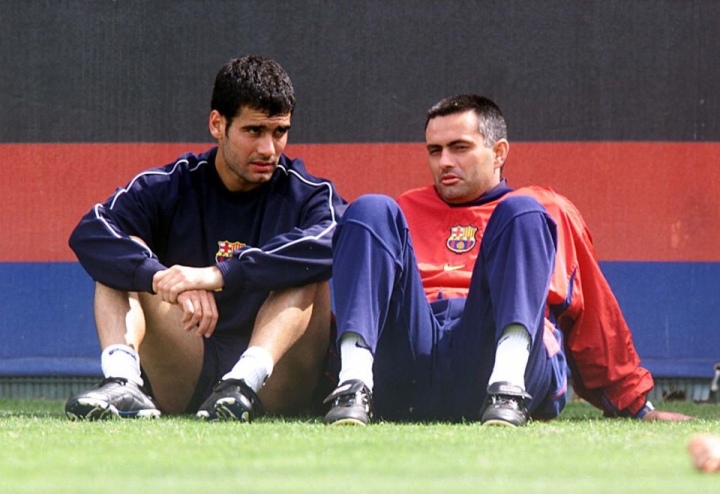 * In Jan 2008, two FCB representatives flew down Portugal to have a long interview with Jose Mourinho. They were very impressed with the detailed plans the Portuguese had laid out for Barcelona. But the team had one issue – Jose’s behaviour in front of the media. His double identity was unsettling – utterly charming in private and yet happy to cultivate a disrespectful image in public; for the sake of ‘his’ team. Johan Cryuff clearly outlined that Jose and his often wrongful accusations in cloak of psychological battles were not in synch with the club’s rich heritage and philosophy. Mourinho’s name got struck off and the Portuguese moved on with extremely bitter feelings about the club. He dearly wanted that job.

* In Feb 2008, Guardiola’s Barcelona B team (still in third division) ran the first team ragged in a practice match. Ronaldinho was taken off after ten minutes – so poor was his display – and a member of Rijkaard’s team requested Pep to tell his boys to ‘ease off a little’. It became clear to the Dutchman that Pep was the frontrunner for the hot seat next season. So Rijkaard, the principled gentleman that he was, offered the board that he will accommodate Pep as an assistant coach for final months of the season – to help the rookie ease into his first big job. Another example of the strong and deep-rooted ethics that made FC Barcelona what it is today.

Barcelona were placed in the bottom three of La Liga. Another loss and Pep would be the first manager to see Barcelona at the bottom of the league. President Joan Laporta was nervous that his appointment and trust in a newbie inexperienced coach could all backfire. Amidst the turmoil, one player stuck his head through the door of Pep’s tiny office. “Don’t worry mister. You should know we are with you until the death”. And walked off.

It was Andrea Iniesta.

* The team bus was tense as Barca approached for their third Liga game. After they came out of the tunnel, Sporting Gijon boss, (now late) Manuel Preciado told Pep “Stick to your principles. If you feel Busquets must start, be brave. You guys are playing brilliant football”. Everyone could see that aside what the ‘La Liga points table’ said, the team was playing well and a revolution had kicked off. The young La Masia starlet Busquets was already named in the lineup, for the second time, as Barcelona beat Sporting Gijon 6-1 and the rest is history. Iniesta often wonders ‘Where would we be if we hadn’t beaten Sporting?’

* Late 2008 when Guardiola signed a marketing agreement with Sabadell Bank, the media was quick to label the newbie coach as a money grabber. It turned out that entire money he received was distributed amongst his coaching staff for believing in his project. The bank management, meanwhile, were delighted – they got 48% increase in client base in Catalonia and 65% more in, hold your breath, Madrid! Yes, even Madrid had started respecting Pep.

5 thoughts on “Pep Talk 12: Insights from Guardiola’s Biography ‘Another way of winning’ – Part 1”