Badla, directed by Sujoy Ghosh (of the Kahaani franchise & Te3n fame), is a scene by scene adaptation of the 2017 Spanish crime thriller Contratiempo aka The Invisible Guest. The original movie is available to stream and watch on Netflix. The only ‘badal’ (changes) in Badla are that the gender of each character has been interchanged.

As expected, Badla is enjoyable primarily for towering performances from its cast. Bachchan in his role of a successful lawyer, handling his final case before retirement, is impeccable with his dialogues and timing. Taapsee Pannu as the prime accused, matches ‘Big B’, attitude for attitude, mind game for mind game. The film is mounted on their verbal duels, layering on deep mistrust over each other. Amrita Singh too puts a good performance. I wish another fine actor, Manav Kaul, was used for a bigger role (the boyfriend’s role) than wasted in a cameo.

Aside performances, Badla’s strength lies in it’s script – the layer by layer peeling of the incidents which lead to a double murder and the circumstances that force the characters to do, what they eventually do.

The big question then is – for the price of a Netflix monthly subscription (two tickets in a movie hall cost as much as Netflix charges for a month) is it worth going to watch Badla? 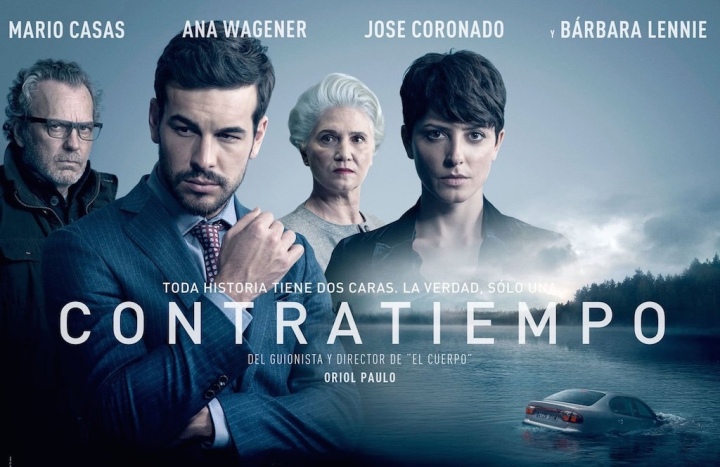 As long as you are comfortable with subtitles, Contratiempo (The Invisible Guest) is more gripping, feels pacier and packs more punch. During Badla I was left to wonder why Sujoy Ghosh had to remake stuff when his original works are even more spell binding. The first 75% of Badla feels slower in pace, despite scene by scene remake, and the screenplay of the incidents (that are being discussed) are better captured in the Spanish version.

Few thrill elements are also missed in the remake – like blood dripping from the car, just when another car driver halts to enquire, on the highway. Also, you feel for the lead couple more in the Spanish version. At no point in Badla do you feel for Taapsee’s character, risking her high flying career with all this mess. It’s only the last 30mins where Badla is superior to its original, mainly for Bachchan’s screen presence, wit, manipulative lines and command over the situation.

While on the topic of an extra-marital couple meeting with a fatal accident, one movie I will strongly recommend is Rituparno Ghosh’s 2006 National award winning Bengali flick Dosar. This soul stirring Konkona Sen Sharma & Prosenjit Chatterjee starrer leaves a lasting impression in the mind. Would you accept (and take care of) your ailing spouse after you have discovered the accident happened when he/she was in a secretive trip with a lover? Intriguing.

Rating: 3/5 (Badla is a decent watch to unravel a slow burning thriller)

Else, if comfortable with subtitles. then recommend to watch the original ‘The Invisible Guest’ on Netflix. Watch Dosar, irrespective.