Named after the famous detergent, Nirma (a brilliant Mithila Palkar of Little Things fame– a Netflix must watch series), the protagonist in Chopsticks, is a Mandarin speaking tour guide lacking confidence so much that she only gets Dharavi tour assignments. Her dream car gets stolen on the day she buys it, courtesy her small-town-trusting-everyone nature in Maximum City, Mumbai. To aid recover the vehicle, she approaches the Artist (a steady Abhay Deol, continuing his Oye Lucky, Lucky Oye profession). As luck would have it, that car is now a prized possession to Bahubali – a favourite pet goat belonging to the stolen cars mafia leader, Vijay Raaz.

It’s not a comedy movie

Chopsticks starts at the same slow pace at which most Indians would have used it to eat a meal. The movie picks pace somewhat and is a nice, engaging watch. Nirma’s struggles with her own demons, a lecherous local internet provider guy, her own office colleagues, boss, and trying to match up to the Artist’s (Abhay Deol’s) smart lines is what forms crux of this 100 min movie. Can she recover her car? Would her car be intact, days after it has been stolen? Would the Artist help her? Or not bother help someone who can’t help herself? Can Nirma wash away her inner fears? And come out stronger?

Watch Chopsticks for Mithila as she forces you to see the movie through her eyes. That under confident gait, those slouching shoulders, the eyes which seldom look up .. when Nirma is around, she looks so vulnerable that you always feel it’s a matter of time this little girl is crushed in a city, too unkind to nice people. Chopsticks, hence, isn’t a comedy movie as one would expect from the script. It’s a movie about naivety of small town people who throng Mumbai, only get lost in it. 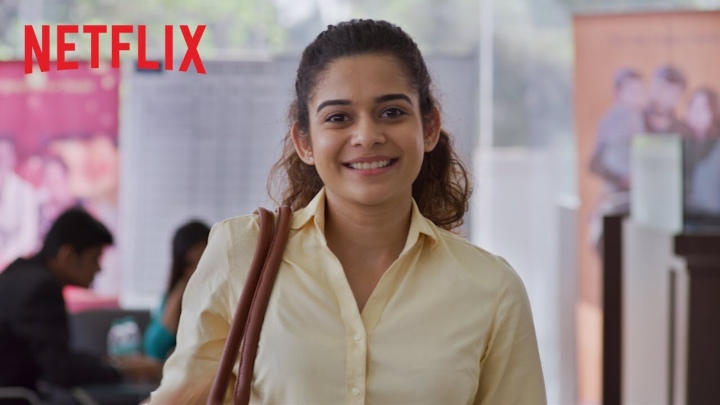 It’s nice to see Abhay Deol always – such a big talent whose screen time is rapidly diminishing in an industry where every other filmy family offspring is doing well. Abhay has some one-liners but dialogues isn’t really a strong point of this Sachin Yardi movie. Abhay and Vijay Raaz are wasted in this movie as their characters aren’t well sketched. The other weakness is the climax which has two hard-to-believe sequences – the ease at which one exchange takes place and how a caterer, humiliated days before, comes to aid his perpetrator. The music is ok shokay, but what stays with you are few revelations about Mumbai’s underbelly. Most prominent of which, aside the stolen vehicles industry, is a school where coins, collected by beggars, get re-circulated back into the system.

Movies have a massive impact on tourism. After DDLJ, Indians have visited Switzerland aplenty. After ZNMD, Spain has had significant rise in Indian tourists. In Chopsticks, you realise, after Slumdog Millionaire, the slums (mini-town) of Dharavi are now a heavily visited area by tourists, from across the world.

2 thoughts on “Movie Review: Chopsticks is an engaging flick”