I have always felt that pre-2000 era of Bollywood had a better assortment of heroes – masochistic, charming, charismatic presence and great pull. Hence thought of ranking the best-looking heroes of Bollywood – pre-2000 and post 2000 era. In this part, I try to rank Bollywood’s most handsome actors of the 20th century.

As a warning, I must tell you that the likes of Rajesh Khanna, young Shahrukh or Amir Khan or even the great Amitabh Bachchan hasn’t made to this list. You may disagree and that’s fine. But you will agree that the list twelve was indeed handsome and scored very high on all parameters.

India’s own Mr Bharat Kumar was a well-known actor-director. Manoj Kumar was at his peak between the mid-60s till late seventies. He lacked much on-screen machismo but overall was extremely handsome.

The most maverick actor of the Kapoor clan used to be called ‘The King’ during the same era. His dance movements and dialogue style remained unmatched for decades, till Govinda in mid-1990s struck gold with his comic timing, dance skills and attitude. Shammi Kapoor may not be the best looking around, but his charisma has stayed legendary.

Sanjay Khan, strangely makes to his list and not his more famous elder brother Feroz Khan. Sanjay acted in 30 odd films but was very good-looking.

Shashi Kapoor did movies for close to 50 years. Starting as a child artist in 1948 (Aag), this terrific actor from the Kapoor family has also produced and directed movies. He also has a significant number of English movies to his name.

Dev Anand had so much uniqueness and charisma about him that he is known as one of the biggest influencers to Indian cinema. He has acted, written, produced and directed movies aplenty. At his peak, it was rumoured that he would copy the style and mannerism of famous Hollywood star than Gregory Peck. You decide.

Pran is more known as the famous villain of 1960s-80s Bollywood. Truth be told he was as dashing as any of the heroes you find in this list and it was believed that he could eat up heroes in scenes by the power of his charisma.

Salman Khan is one of the current megastars of Bollywood, but it was his early looks in the 80s and 90s which took the country by storm.With looks like this, he easily edges out many who couldn’t make it here. 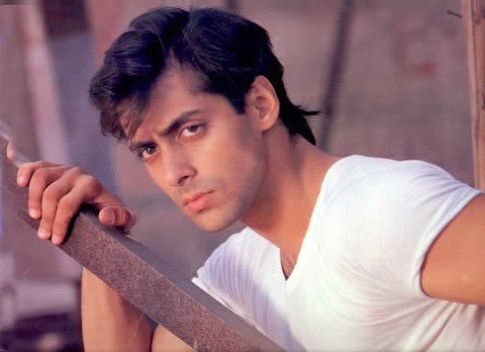 Vinod Khanna is one of the rare heroes who outdid a Pran. He started his career doing villainous roles but then moved to becoming a hero once his looks further sharpened. Vinod Khanna was believed to be giving a run for money to the late seventies megastar Amitabh Bachchan (who incidentally doesn’t make to this list here as I feel the 21st century Bachchan is more likely to break into the top ten list than the 20th century). Khanna has a masala life too, having entered, spiritualism, politics and then again returned back to movies. In machismo, he ranks extremely high, hence makes to fifth place.

In terms of towering personality and machismo, Kabir Bedi would rank higher than Vinod Khanna. Starting his movie career in 1971, he still features in movies with the same elan as always. His roles in James Bond’s Octopussy and multiple television series all over Europe gives him global personality status.

Balraj Sahni acted in movies from mid-forties all the way to the early seventies. Born in Rawalpindi Pakistan, he was a rage in Bollywood and possibly India’s first and most popular handsome actor, till Raj Kapoor and Ashok Kumar started sharing the limelight.

Like Vinod Khanna, Jackie Shroff’s entry into Bollywood in mid-eighties was signalled as a major rival to the then megastar Amitabh Bachchan. he acted in over 200 films spread over 9 different languages but his chiselled and macho looks quickly made him a poster boy. His face was a frequent feature over billboards and ads. He and Anil Kapoor (another star who has looked better post-2000, than pre, and hence doesn’t feature here), made a grand winning combination giving multiple hits.

The young Dharmendra is easily the most handsome actor India ever saw in Pre-2000 era. He has a multitude of nicknames ranging from ‘He-Man’ to ‘Action King’. Needless to say, machismo came naturally to him but his personality overall was extremely balanced with an equal mix of charm and grace.

Do you agree with this list? And what about the most handsome heroes of the 2000’s era? Check their rankings here.